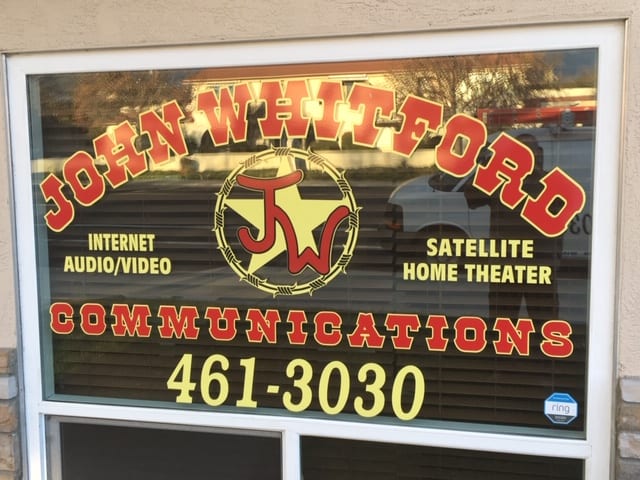 Welcome To John Whitford Communications. As an owner operated business, I strive to provide you our customers with a solid long standing reputation in customer service. I realize without loyal customers a business will not survive. I understand offering prompt professional service; attractive pricing on quality products & a knowledgeable staff is what you have come to expect from us. I pledge to be "The Best in the West" for friendly customer service, quality products & installations, attractive pricing, major brand selections and a well-trained staff. John Whitford Communications, we stick to the Code of the West! Code of the West:

Thanks in advance for your business! John Whitford

From a Stunt Show to the High Tech World

JOHN WHITFORD is a proud native of California. While attending Norco High, he founded a western stunt team, The Cockeyed Cowboys. The Cowboys preformed thrill shows throughout southern California. The leader, John specialized in high falls and explosions. After high school, John attended OCBQ Radio School, becoming a Disc Jockey. Following his broadcast dreams, John left California to work at various out-of-state radio stations in Kansas, Colorado, Wyoming, and Arizona. In Arizona, John also worked as a TV antenna installer with Tower Communications and Alpine Communications. He and his cohort installed the first 10ft satellite dish in the Lake Havasu City area. Convinced of the potential of high-tech communications, John returned to California. In 1982, John started his own company serving the Central Coast, John Whitford Communications of Atascadero, CA. 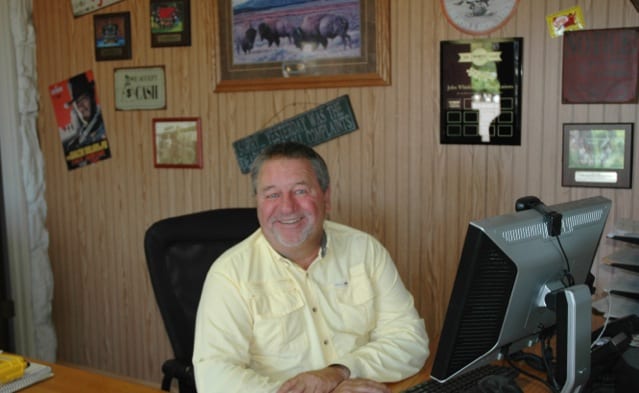 From a Stunt Show to the High-Tech World

JOHN WHITFORD is a proud native of California. While attending Norco  High, he founded a western stunt team, The Cockeyed Cowboys. The Cowboys preformed thrill shows throughout southern California. The leader, John specialized in high falls and explosions. After high school, John  attended OCBQ Radio School, becoming a Disc Jockey. Following his broadcast dreams, John left California to work at various out-of-state radio stations in Kansas, Colorado, Wyoming, and Arizona. In Arizona, John also worked as a TV antenna installer with Tower Communications and Alpine Communications. He and his cohort installed the first 10ft satellite dish in the Lake Havasu City area. Convinced of the potential of high-tech communications, John returned to California. In 1982, John started his own company serving the Central Coast, John Whitford Communications of Atascadero, CA.

John says, “With my years of radio and TV experience, it was only natural that I start my own business.” John Whitford Communications began by installing TV antennas and large, home satellite dishes. The technology improved, the dishes shrank, and everything changed for viewers. Local folks could get every channel they wanted, no matter where they lived. John installed the first DIRECTV dish in San Luis Obispo County in Atascadero. Once the advantages of the small dish became apparent, sales exploded for DIRECTV and Dish Network. It was an exciting time to be in the industry.

Technological progress accelerated with the arrival of satellite internet and several companies offering service; Hughesnet, Wildblue, Exede, and now Viasat. John Whitford Communications became an early adopter and installer of this exciting technology. John says, “Satellite internet has connected rural folks to the wide world.” Now, anyone can surf the net anytime, anywhere. With high-speed internet came streaming services such as Hulu, Netflix, and Prime video. Once again, John saw the future and realized the Internet of Things is going to revolutionize communications again, and he is ready.  John’s business has become one of the largest TV and Internet companies in Central California.

John says, “It’s kind of funny how the past returns, full circle. We’re now installing TV antennas again so people who stream video can get local channels.” John goes on, “If you want the best in TV, satellite is where it’s at, but if cutting cost is important to you, a TV antenna is a money saver.”

Serving the Central Coast has been a dream come true for John Whitford. It provided him a place to call home and to raise a family. His business has grown thanks to the many satisfied clients he gained over the years. “Central Coast people have been great to us and I thank them from the bottom of my heart,” John says. To pay it forward, John offers, as a public service, his ace technician, John Rickwald, as a disaster preparedness educator. Rickwald, a FEMA-trained CERT member, provides a fascinating, personal presentation; a positive approach to disaster preparedness. John Rickwald is also the San Luis Obispo County CERT Trainer. CERT is the Community Emergency Response Team. John Whitford is also a team member. Another way John supports his community is by offering a Mobile Communications Trailer, a donated service in time of need. This high-tech mobile communications node has been deployed by the Red Cross several times across SLO County for disaster response efforts.

John Whitford Communications is an owner-operated business. A hands-on manager, you will find John actively involved answering phones calls, greeting customers in the showroom, and out in the field, working. John Whitford is not just a figurehead but a real person you can meet and talk with, getting the answers you need regarding communications. John and his team have the experience and knowledge to handle every size project, from the small to the mega, residential or commercial.

Today, John Whitford Communications is a full-service communications company offering nearly every type of installed and connected device. John Whitford attends several training classes each year and tests new products monthly. He is, as he has always been, up-to-date with the latest technology. John says, “I love this stuff, it’s always changing, so it’s always exciting. We’ve done many fascinating projects; connecting remote locations for the USGS, amazing home theater systems, high-fidelity sound systems, military and NASA projects, as well as basic home installations. We get to meet some great people. That’s the best part.” John hopes to meet you soon. 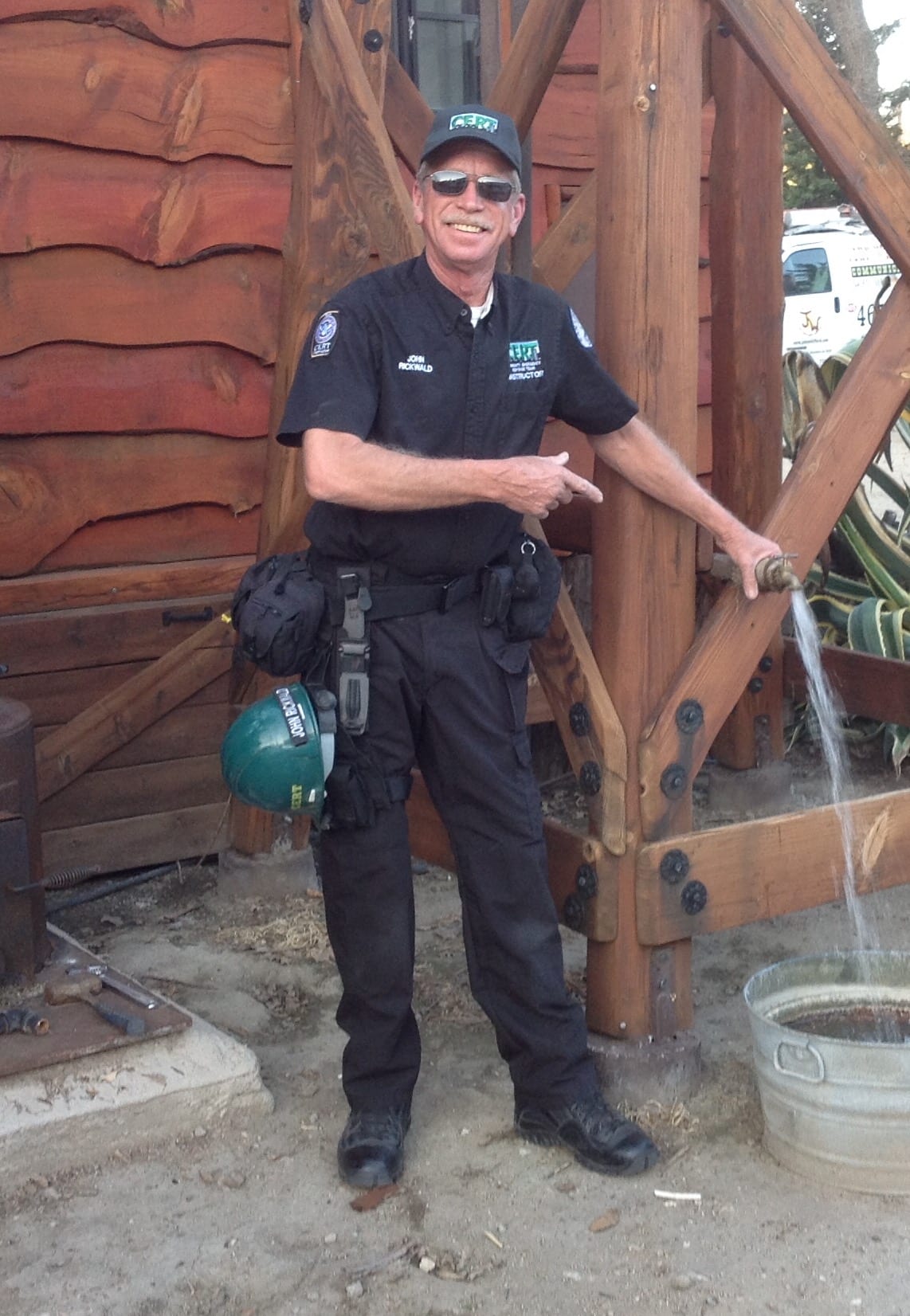 FEMA certified instructor John Rickwald has been involved with disaster preparedness, communications, and management for over 30 years. In those early years he was teaching his children to be safe and positive in an emergency and by making disaster packs for his family friends and neighbors. He is now a CERT instructor and training coordinator for the San Luis Obispo County regional CERT program. Mr. Rickwald has a positive approach to disaster preparedness which will come across in his presentations. Mr. Rickwald is also the owner operator of the CERT truck. This truck is utilized to promote the CERT program and support training exercises. The truck is equipped with disaster response equipment.     Mr. Rickwald regularly speaks at group meetings and is available to speak at your nonprofit organization or club at no charge.

John Whitford and his team of highly skilled professionals specified, designed, installed, and tested a superb, complete home theatre system for our house. The big-screen picture is outstanding, the sound is remarkable, and the operation of the system is simple. The job was completed on time and on budget with no hassles. Our home theater system is a value-enhancing addition to our home, one we are proud to show our friends and neighbors. I strongly recommend John Whitford Communications to supply high-quality, reasonably priced home theatre systems.

We wanted to tell you how impressed we were with your service and how much we are enjoying our new home theater. Thank you for the personalized service and attention to detail. The surround sound has exceeded our expectations and the quality of the entire system is excellent. The project came together perfectly! Having one remote control for the entire system has been a big plus and made operating all applications a breeze. Thanks again.

My wife and I have been long time customers of John Whitford.  In my wife's office he installed video surveillance, provided television and video support, and remote access.  We have always found his company to be very helpful and very available for repairs and service.  Great Atascadero communications company to deal with.

John Whitford Communications has always been there for me.  If for some reason he cannot be here in person, he can always explain how to fix the problem over the phone.  I trust him implicitly with all my communication needs.

Just a quick note to tell you how completely delighted I am with the work you did here. The system has never worked better, I am really enjoying it. I thought you and your workers deserved high marks for working around the carpet layers, 2 ½ story roof work and the difficult wiring situation. You guys did a first-rate professional job.

John, Congratulations on being named National Installer of the Month! WildBlue would like to recognize you for your excellence in providing a superior customer experience. Quality and customer satisfaction is of the utmost importance to WildBlue and you have provided this to our customers. This award is granted to you because of your ability to consistently exceed WildBlue installation requirements. Good Work!

John Whitford Communications is "The Official Satellite Provider" of the California Mid-State Fair. Not only is the satellite service top notch, but I have always found John to be very responsive to our unique situation. With the yearly Fair, we need John and his staff to react quickly to our changing needs - we operate in an environment where things need to be up and working in a very short period of time. John has always come through for us, and I can recommend him for any satellite situation.

I have worked with John Whitford Communications for decades, they have consistently provided quality service, expertise, fair price, in a timely and reliable manner. I wholeheartedly recommend John Whitford communications.

We have used Whitford Communications for the past 7+ years and John Whitford and his assistant, JR have always provided us with the best, most professional, most dependable service. We can count on them always, our requests for service are always answered promptly, and we highly recommend them for all your tv and internet needs

I have worked with John Whitford Communications for over 15 years. I have found John’s knowledge of home sound systems, remote satellite internet services, and installation services to be exceptional. John stands behind his work and will be the first person I call for any projects I have in the future. It’s always a pleasure working with you

John Whitford Communications is one of our authorized installation contractors.  Their prompt response, neat work and attention to detail has benefited our customers and Outback Internet.  Thanks, JW! 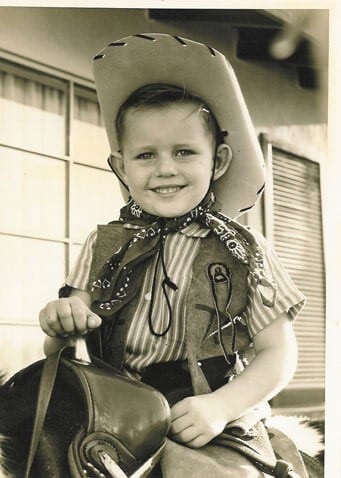 We Service California & Arizona including: